Q8Research is part of the Kuwait Petroleum Corporation (KPC), one of the world's largest oil companies. With 120 years of known reserves and crude oil production levels of 2.9 million barrels per day, it is ranked the seventh largest oil producer in the world. KPC's business spans every segment of the hydrocarbon industry: on and offshore exploration, production, refining, marketing, retailing, petrochemicals and marine transportation. 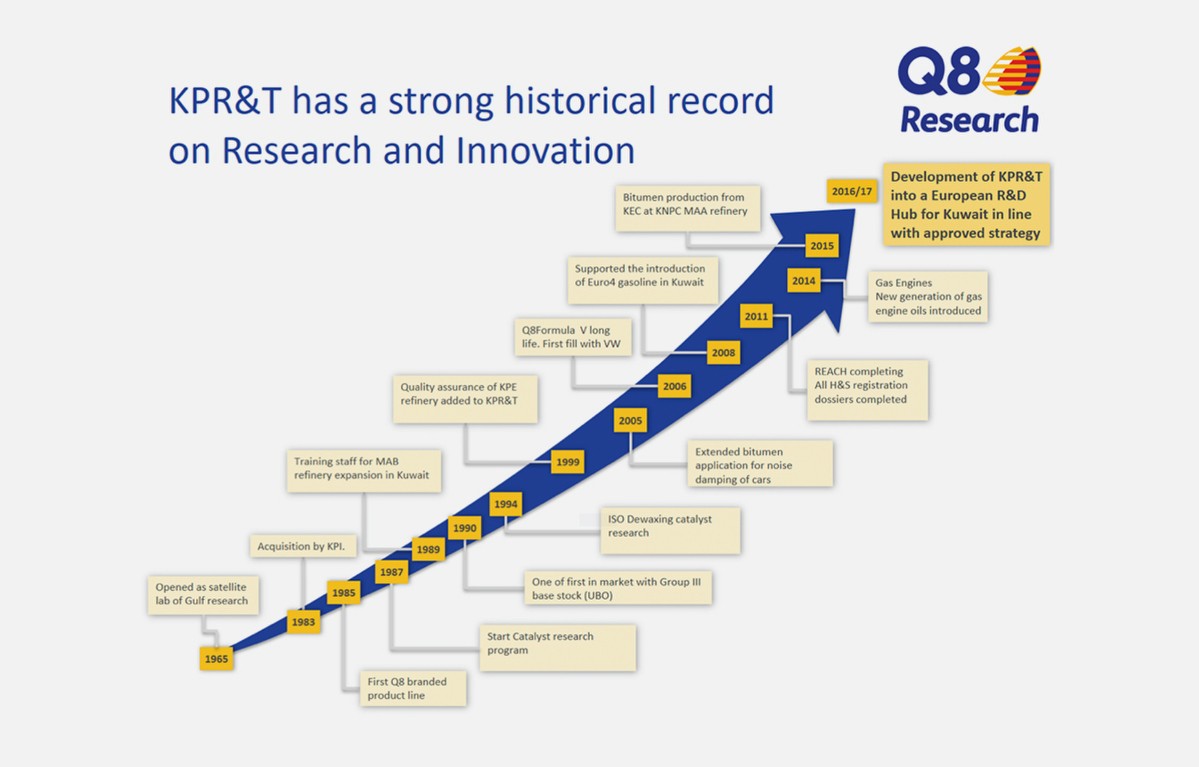 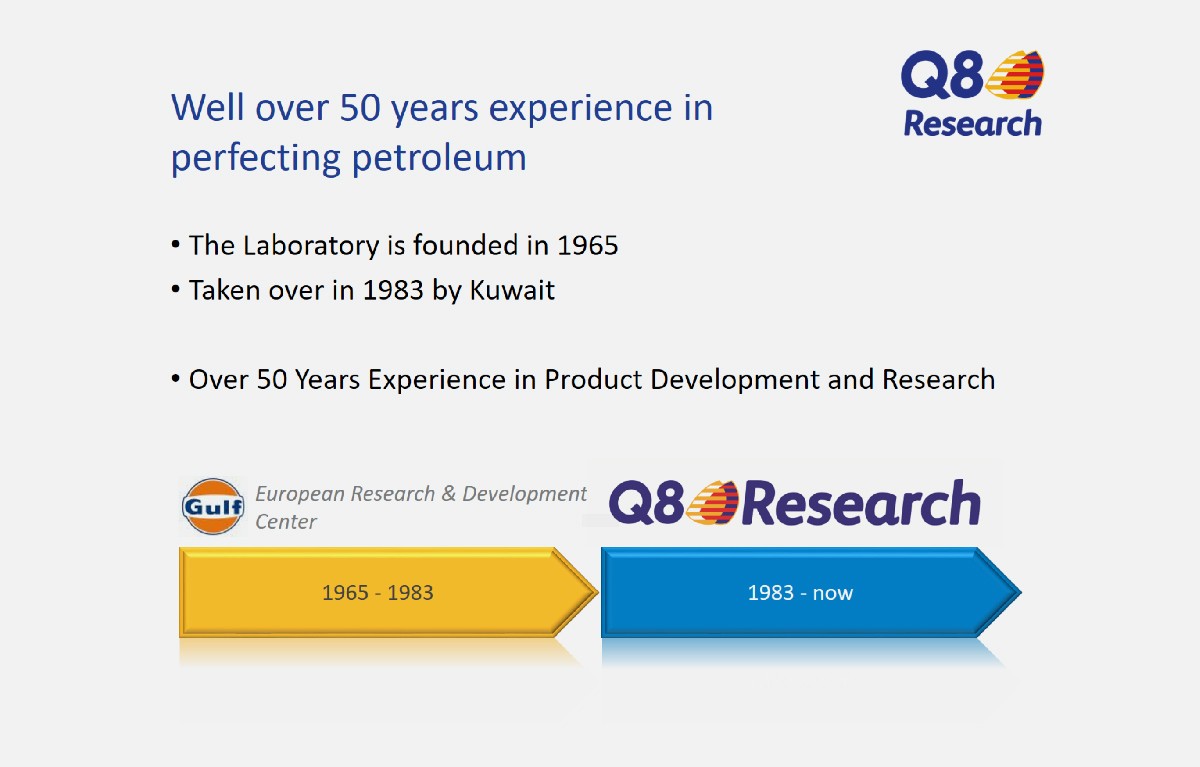 2008: Supported the introduction of Euro4 gasoline in Kuwait.

Get in touch with Kuwait Petroleum Research & Technology